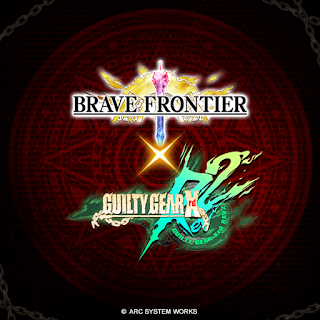 SAN FRANCISCO, ANZ AND SOUTHEAST ASIA – May 21, 2018 – Guilty Gear Xrd REV 2, the popular fighting game from ARC SYSTEM WORKS, is back for another round of heart-pounding action from May 16th to June 13th!

The highlights of this collaboration are as follows:

Returning Collaboration Units
8 Guilty Gear Xrd REV 2 Fighters returns for another bout. Summon them during this collaboration period:
Collaboration Frontier Rift: “Battle Royale”
The Battle Royale feature returns to the Frontier Rift. Clash against mighty Guilty Gear fighters to obtain Collaboration Spheres. Players will be rewarded with Rift Tokens after successfully clearing the Rifts. These tokens can be exchanged for valuable items (such as the much anticipated Omni Tridon) at the Rift Bazaar

Returning Global Exclusive Free Units
Acquire Elphelt - a “sister” of Ramlethal, she fights her opponents with a bouquet of flowers and a hidden arsenal of guns - by obtaining her at the Exchange Hall during this collaboration event.

Brave Frontier updates are available on:

About Arc System Works
ARC SYSTEM WORKS is a Japan-based game development company, renowned for their unique and highly artistic 2D fighting action games. They have a proven track record with their big hit series: Blazblue and Guilty Gear, among many other games of all kinds of genres under their belt. From planning to production to marketing, ARC SYSTEM WORKS believes in constant value-adding for their products, striving relentlessly towards the aim of staying ahead in the forefront technology of gaming, and producing flavorful character designs to form the foundation of their extensive Intellectual Properties. For more information, please visit the official website at www.arcsystemworksu.com. All other trademarks are the property of their respective owners.

About Brave Frontier
Explore the land of Grand Gaia and save it from the evil hordes of the corrupted gods in this epic mobile role-playing game. As a powerful Summoner, you have the ability to conjure powerful demigods, brave warriors, and majestic beasts to fight for you! Brave Frontier features over 500 legendary heroes and beasts to collect and evolve; an addictive-yet-simple turn-based action-packed combat system, and hundreds of missions including ongoing weekly challenges and special dungeons.