J.M. DeMatteis and Mike Cavallaro Welcome Readers
Aboard the Non-Local Express to Everywhere!


SAN DIEGO, CA (June 21, 2018) – IDW Publishing is proud to announce the September 2018 launch of Impossible, Incorporated, a five-issue comic book miniseries by J.M. DeMatteis (Justice League, Amazing Spider-Man) and Mike Cavallaro (The Life And Times Of Savior 28, Decelerate Blue). Impossible, Inc. is the story of a teenage girl who fearlessly travels through space and time, proving that the impossible isn’t a limitation – it’s an invitation! 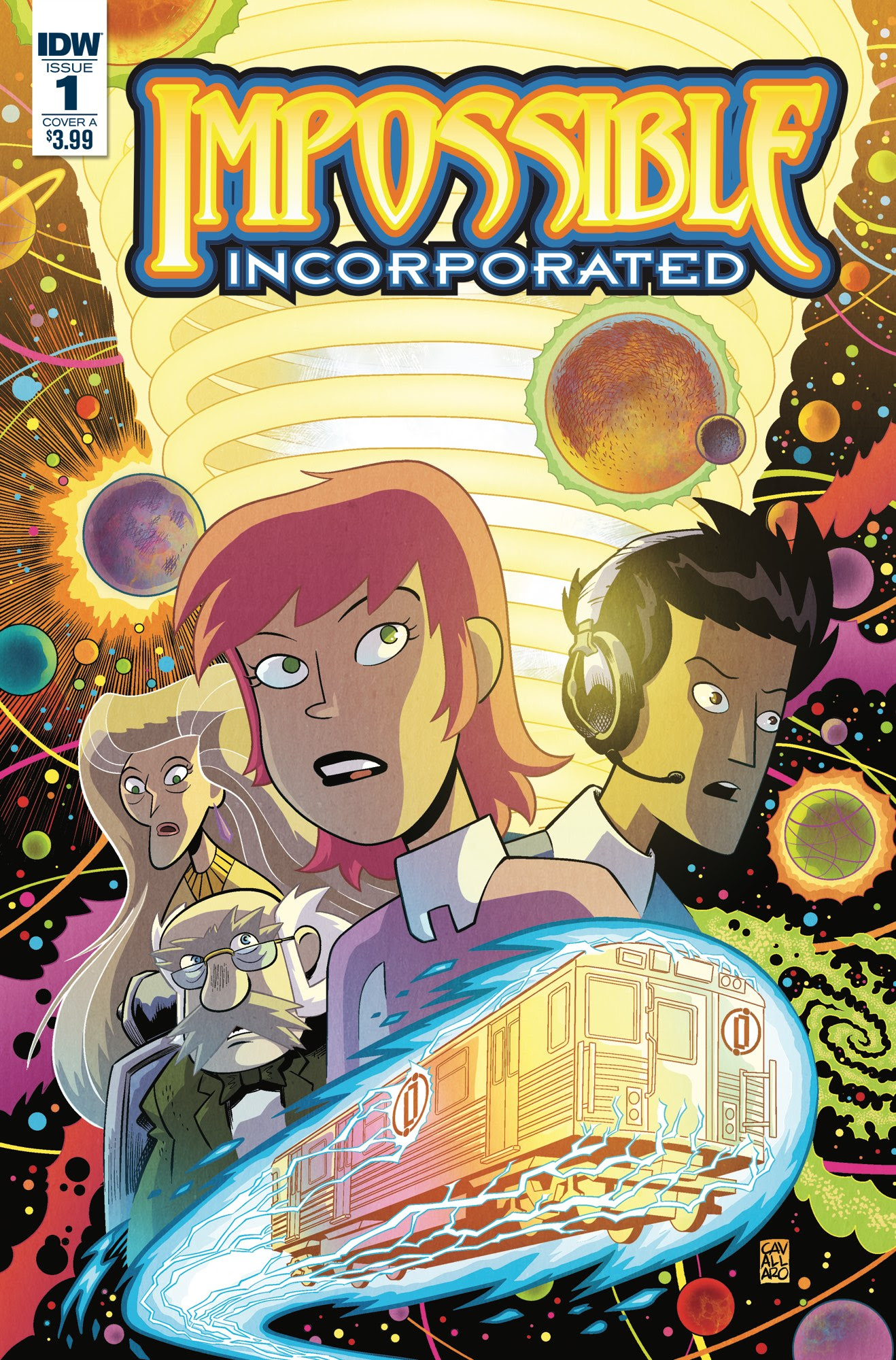 super-genius Dr. Goliath Horowitz, as she inherits his company’s mission: to explore the cosmos via consciousness. Along with her team, she boards a train called the Non-Local Express, riding across the quantum sea and into the Infinite Spiral that leads to other worlds, new dimensions, parallel universes, and through time itself. Impossible, Inc. seeks the truth about the universe — and Number’s own mysterious past!


“I’ve been bouncing around the idea for Impossible, Inc. with Mike Cavallaro for five or six years now. We wanted to create something that had the innocence of Silver Age comics; the expansive imagination of Jack Kirby; a cosmic perspective on life; and – most of all – a big, beating heart at its core. A story that could explore the quantum corners of both the universe and the human soul. Now that dream is a reality and we’ve uncorked a tale that we hope meets our goals and delights our audience,” says J.M. DeMatteis. “I’ve been blown away by Mike’s art, which has a power and purity of vision that encompasses both infinity and intimacy. We hope comic book readers join us on this journey. We’re having a blast and we think that they will, too.”

"I've been working in comics for over 25 years, and while J.M. and I have worked together before, the second that his next script arrives, I'm just that kid again in my local comic shop, going to school on how much more meaningful, and literate, and personal, and beautiful comics could be than almost anyone else bothered to make them at the time,” says Mike Cavallaro. “J.M.’s comics were what made me want to make comics for a living. And I'm not just talking about pay – I'm talking about the reasons we make art: to tell stories, ask questions, and explore what it means to be alive. It's a lifelong dream to play a part in the telling of a story like this. I love these characters and I'm as fascinated to see where they take us, as I hope readers will be."

For more information on purchasing copies of Impossible, Incorporated, contact your local comic shop or visit www.comicshoplocator.com to find a store near you.

J. M. DeMatteis has written almost all of the major

​ DC and Marvel icons, perhaps most famously the classic Spider-Man: Kraven’s Last Hunt storyline and an Eisner Award-winning run on Justice League. His greatest acclaim has been attributed to his sophisticated original graphic novels, Seekers Into The Mystery, Blood: A Tale, The Last One, Mercy, the autobiographical Brooklyn Dreams (picked by the American Library Association as one of the Ten Best Graphic Novels), Moonshadow, the acclaimed children's fantasy Abadazad, The Life and Times of Savior 28, Imaginalis, and two Augusta Wind tales published by IDW. His success in the comic book medium has led DeMatteis to work in both television and movies, including the recent animated features Batman vs. Robin and Batman: Bad Blood and the CW Seed’s Constantine: City of Demons series. He teaches Imagination 101, a workshop exploring the practicalities and metaphysics of writing for comics, graphic novels, and animation. He's also the founder of Creation Point, a story consultation service that offers in-depth guidance for both the professional and aspiring writer. DeMatteis lives and works in upstate New York.