NOT EVEN DR. NEO CORTEX CAN STOP CRASH NOW! 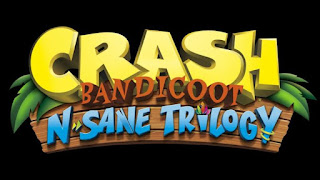 To celebrate launch day, Activision Publishing, Inc., a wholly owned subsidiary of Activision Blizzard, Inc. (NASDAQ: ATVI), is bringing Stormy Ascent and Future Tense to Crash Bandicoot N. Sane Trilogy at no additional charge. Stormy Ascent, the infamous, unfinished level from the original Crash Bandicoot game allows players to embark on a treacherous journey up the walls of a terrifying castle, on a stormy night filled with Crash’s fiercest enemies. In 2017, Stormy Ascent launched exclusively to the PlayStation® Store for the suggested retail price of $2.99. Now, bandicoots on all platforms will be able to experience the fun of this remastered and notoriously difficult level designed to challenge the most hardened of Crash™ fans! Existing Crash Bandicoot N. Sane Trilogy owners on PlayStation®4 can download Stormy Ascent at no additional charge from the PlayStation Store.

“Crash Bandicoot N. Sane Trilogy was the number one‐selling remastered collection in PS4 history¹, and we’re excited to bring Crash in all his “Fur-K” glory to all major platforms today,” said Steve Young, Chief Revenue Officer at Activision. “Crash has bridged gaps between generations, and we’re honored to continue his legacy by giving fans the opportunity to experience the fun of the remastered trilogy across multiple platforms.”