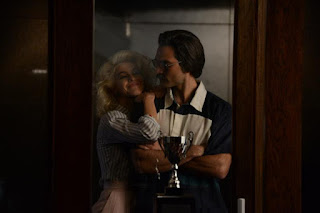 Brothers Joe & Ben Weider were the architects of muscle. Against all odds, they launched an empire. Along the way they discovered Arnold Schwarzenegger, inspired female empowerment, championed diversity, and started a movement that changed the world.

“There is far more to this film that one would ever expect, it’s a rich and layered tale that is a true triumph of the spirit,” said Jones. Gallo added, “it’s the kind of film that shows that one can achieve anything if you believe in yourself enough and never take NO for an answer.”

Bigger will have its US premiere on September 13 in Las Vegas to coincide with the Mr. Olympia competition that was created by the Weider brothers, and will be in theaters on October 12.