Photos from THE AQUABATS PERFORM AT HOUSE OF BLUES SDCC 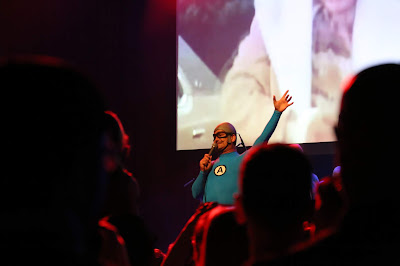 TV’s punk rock superheroes The Aquabats formed in 1994 in Orange County as a way to have some harmless fun in a music scene that took itself too seriously.Their Paul Frank designed “power belts,” trademark blue rash guards, black eye masks, “anti-negativity” helmets and onstage antics quickly caught on, earning the group a fiercely loyal following that spans generations. Their line-up and music is continuously evolving, including Blink 182’s Travis Barker as former drummer "Baron Von Tito." 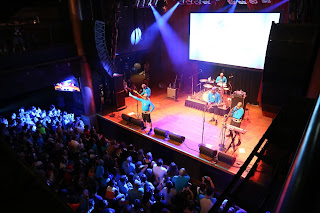 The Aquabats performed at The House Of Blues San Diego during Comic-Con and also called upon their Cadets far and wide to participate in a photo op after the show! Something new and exciting is coming and, as The Aquabats approach their 25th Anniversary, they'll soon invite their fans to join them on their greatest adventure yet! 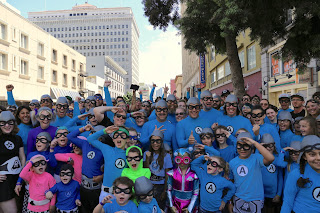 In 2012, the band debuted The Aquabats! Super Show!, a live-action musical action comedy television series which aired on the Hub Network. The show received eight multiple Daytime EMMY nominations and one win. Super Show!’’s run was cut short when The Hub closed in 2014, leaving fans consistently asking for a return.