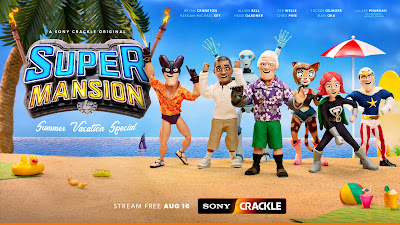 Sony Crackle also released it’s first-ever free “SuperMansion” Augmented Reality App today. Featuring characters from the Sony Crackle original series, this AR app experience allows you to pose, take pictures and record videos with Titanium Rex, voiced by Bryan Cranston. Dab with Rex or capture his fun observations in video and photo modes, then share with your friends and family on Facebook, by text message and more!  Use the touchscreen on your device to turn Rex into a towering giant, or even make him tiny to fit into the palm of your hand. Fans can download the app in the App Store and on Google Play now.