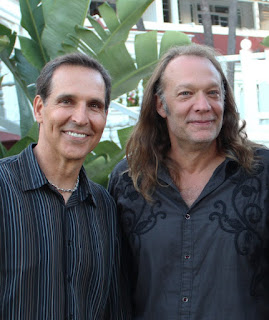 Nicotero, an award-winning executive producer, director, and make-up special effects creator on THE WALKING DEAD has come on board, with his company KNB EFX, to create the new Spawn design for the upcoming McFarlane/ Blumhouse Spawn feature film.

McFarlane, Nicotero and KNB EFX Group,  worked together on the 1997 Spawn movie.
“I'm a long-time fan of Greg’s work and the projects his company, KNB have done throughout the years,” said McFarlane “Working with him once again, to re-invent the Spawn 'look' so it will match the supernatural theme in the movie, is going to be a fun process.”

This year, McFarlane has announced an ensemble of award-winning talent that has signed on to the Spawn Movie Cast –  Academy Award and Golden Globe winner Jamie Foxx (Ray, Django Unchained, The Amazing Spider-man) has been cast as Spawn and Academy Award nominee Jeremy Renner (Hurt Locker, Wind River, The Avengers) has been tapped to play Twitch.