In this Sony Crackle original comedy series, celebrity patriot Rob Riggle, who is mostly known for his legendary ski master movies, has invested all of his money and reputation into an Academy celebrating America's truest art form…personal watercraft riding.  Riggle, his legendary stunt man commandant Dirk Hamsteak (Billy Merritt) and their entire staff of instructors spend a semester defending their beloved Academy at all costs.  No matter how many people criticize it... go missing…or die! 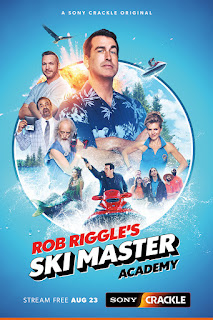