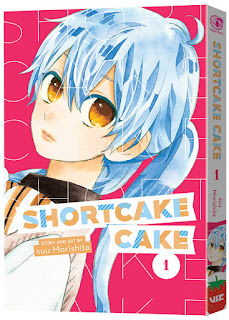 Ten Serizawa has a two-hour commute through the mountains to high school every day, so she can’t spend much time hanging out with her friends in the afternoon. She decides to move into the local boardinghouse, where one of her friends and three other boys are living. Ten’s friends consider her to be as oblivious as a rock when it comes to noticing boys and falling in love, but will she be able to keep her calm and steady heart in her new living situation?

SHORTCAKE CAKE was created by a manga duo known under the pseudonym, suu Morishita. In 2010, they debuted with the one-shot, “Anote Konote.” Their other published works include Hibi Chouchou and SHORTCAKE CAKE.

For additional information on SHORTCAKE CAKE and other anime and/or manga titles distributed and published by VIZ Media, please visit viz.com.