Liz and the Blue Bird Opens in theater in North America 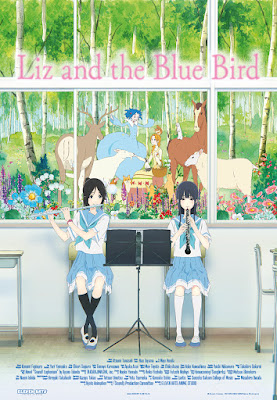 (LOS ANGELES, CA, 2018) — ELEVEN ARTS Anime Studio has acquired the North American distribution rights to Liz and the Blue Bird.
Liz and the Blue Bird is another coming-of-age story from the director of A Silent Voice.
The LA-based distribution company ELEVEN ARTS Anime Studio has set November 9th, 2018, as the theatrical release for the film. The film made its premiere at Anime Expo in the US and will debut in Canada.

The film will screen with the original Japanese dialogue and English subtitles.