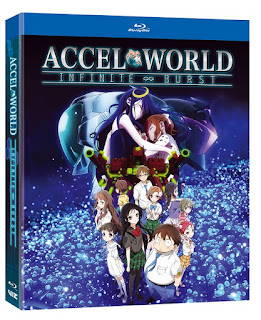 In ACCEL WORLD: INFINITE BURST, a mysterious black cloud kicks Haruyuki and his friends out of the online fighting game Brain Burst. Unable to reenter, they discover that this isn’t just an isolated incident— the cloud is spreading and preventing all Burst Linkers from accelerating. Haruyuki and the others soon learn that, to protect the bond that connects them, they must confront a powerful ancient being that has been sealed away since the dawn of the Accelerated World!
“Building on the original anime series, ACCEL WORLD: INFINITE BURST further explores the surreal and dangerous virtual world of the Brain Burst game that Haruyuki and his friends must navigate and overcome,” says Candice Uyloan, VIZ Media’s Senior Director of Marketing. “We invite fans to catch this exciting fall release and to add this latest adventure to their personal home media collections.”

VIZ Media is the official North American master licensor for ACCEL WORLD and also distributes the 12-episode anime series in addition to holding the media rights for the feature film. 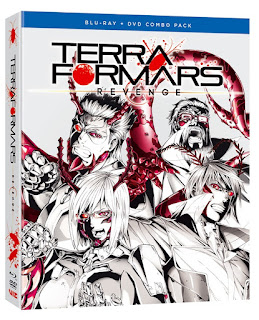 TERRAFORMARS: REVENGE will be available as a Blu-ray/DVD Combo Pack, with  an MSRP of $59.99 U.S. / $69.99 CAN. The set contains all 13 episodes of Season 2. Blu-ray episodes are presented in full 1080p HD, 16x9 video with stereo audio featuring English and Japanese dialogue options. Notable bonus features for the set include clean opening and closing segments and the official series trailers, a digital art gallery, and behind-the-scenes interviews with the English voice cast.

As TERRAFORMARS: REVENGE opens, in the mission to find a cure for the deadly A.E. virus plaguing Earth, the Terraformars are not the only enemy. A squad has turned on the Annex 1 crew, seeking to capture Akari Hizamaru and Michelle K. Davis by any means necessary. As the body count rises, the scattered squads struggle to survive and contact Earth for reinforcements. But can they hold the line in a battle for Mars and humanity on two fronts? In this complete second arc, alliances are shattered, friends turn into enemies, and the mystery of the hyper-evolved cockroaches grows ever deeper.

For additional information on TERRAFORMARS and other anime and manga distributed and published by VIZ Media, please visit viz.com. 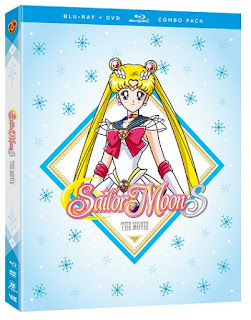 In SAILOR MOON S: THE MOVIE, a sudden snowstorm has hit Tokyo, marking the return of an ancient being named Princess Snow Kaguya! She has a chilling plan to freeze Earth, but it requires the recovery of a missing piece of her ice crystal. After falling ill due to the cold, Luna is rescued by a kind hearted but misunderstood astronomer, Kakeru, who happens to have the remaining shard of the crystal! Called into action to protect Luna and her newfound crush, Sailor Moon and her team of Sailor Guardians are now only hope the world has of avoiding an eternal Winter!

“The Sailor Guardians return in their second feature film to face a dangerous new icy threat fans of the franchise won’t want to miss,” says Brian Ige, VIZ Media’s Vice President of Animation. “Catch all the action for the first time in vivid HD this October!”