San Francisco, CA, October 23, 2018 – VIZ Media, LLC (VIZ Media), a premier company in the fields of publishing, animation distribution, and global entertainment licensing, has announced the release of DRAGON BALL: THAT TIME I GOT REINCARNATED AS YAMCHA! and BLEACH BOX SET 3 in early November.

A hilarious manga spin-off based on famed creator Akira Toriyama’s original series, DRAGON BALL: THAT TIME I GOT REINCARNATED AS YAMCHA! will debut in print and digital editions on November 6th. Shonen Jump fans can also enjoy the exclusive print release of the final manga box set for the bestselling supernatural action adventure series BLEACH. 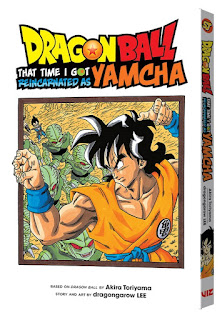 DRAGON BALL: THAT TIME I GOT REINCARNATED AS YAMCHA!
Print MSRP: $9.99 U.S. / $12.99 CAN / Digital MSRP $6.99
Rated ‘T’ for Teens · Debuts November 6th
A DRAGON BALL fan’s greatest dream is getting to live in the Dragon Ball universe and fight alongside Goku and his friends! But one particular fan is in for a rude awakening when he suddenly dies and gets reincarnated as everyone’s favorite punching bag, Yamcha! 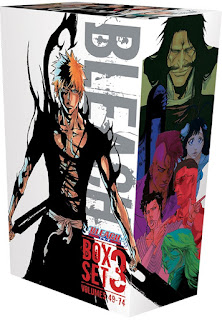 Ichigo Kurosaki never asked for the ability to see ghosts—he was born with the gift. When his family is attacked by a Hollow—a malevolent lost soul—Ichigo becomes a Soul Reaper, dedicating his life to protecting the innocent and helping the tortured spirits themselves find peace. Find out why Tite Kubo’s Bleach has become an international manga smash-hit!

About VIZ Media, LLC
Established in 1986, VIZ Media is the premier company in the fields of publishing, animation distribution, and global entertainment licensing. Along with its popular digital magazine WEEKLY SHONEN JUMP and blockbuster properties like NARUTO, DRAGON BALL, SAILOR MOON, and POKÉMON, VIZ Media offers an extensive library of titles and original content in a wide variety of book and video formats, as well as through official licensed merchandise. Owned by three of Japan's largest publishing and entertainment companies, Shueisha Inc., Shogakukan Inc., and Shogakukan-Shueisha Productions, Co., Ltd., VIZ Media is dedicated to bringing the best titles for English-speaking audiences worldwide.
Learn more about VIZ Media and its properties at viz.com.
Bleach Bleach Box Set 3 Box Set Dragon Ball Dragon Ball: That Time I Got Reincarnated as Yamcha! Manga Spin-Off Viz Media